Microfusion Cells - what are they, where they come from, and where to find them. The Microfusion Cell is classified as ammo in each of the Fallout games: Fallout 1, Fallout 2, Fallout: Tactics, Fallout 3, and Fallout: New Vegas. It would have appeared in Van Buren too if that game had been completed. 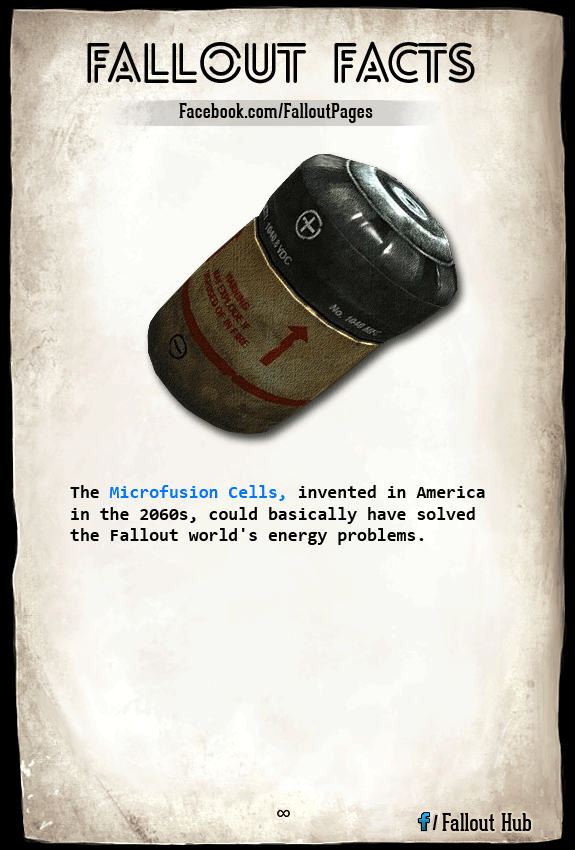 In Fallout: New Vegas, the Microfusion Cell was available in several unique variants: bulk, max charge, over charge, and optimized.

Buy microfusion cells in large quantities from Gloria Van Graff at the Silver Rush OR Blake from the Crimson Caravan Company (he sells them at higher levels).

Where to find microfusion cells: large quantities can be found at REPCONN Headquarters, Quartermaster Bardon, and the Great Khan Armorer.

And that's all we've got on Microfusion Cells. That's it for today, wastelanders! Stay tuned for more Fallout Facts coming up soon... Sooner than you think.