It seems like people are having trouble making their minds up about Fallout 4 and it's respective DLC's. With Nuka World being announced as the final DLC to be released for Fallout 4, fans hoped that this final installment might be the closure that they needed.

By now you will all have had some look at Nuka World and will have made up your minds about some of it. With the Exception of maybe “Far Harbor,” I can't fathom why Bethesda has failed so consistently to produce a good reason to play their game. I won't go into Fallout 4 as a whole, but I will rip shreds of their final DLC. Stick with me for a short Nuka World DLC review. 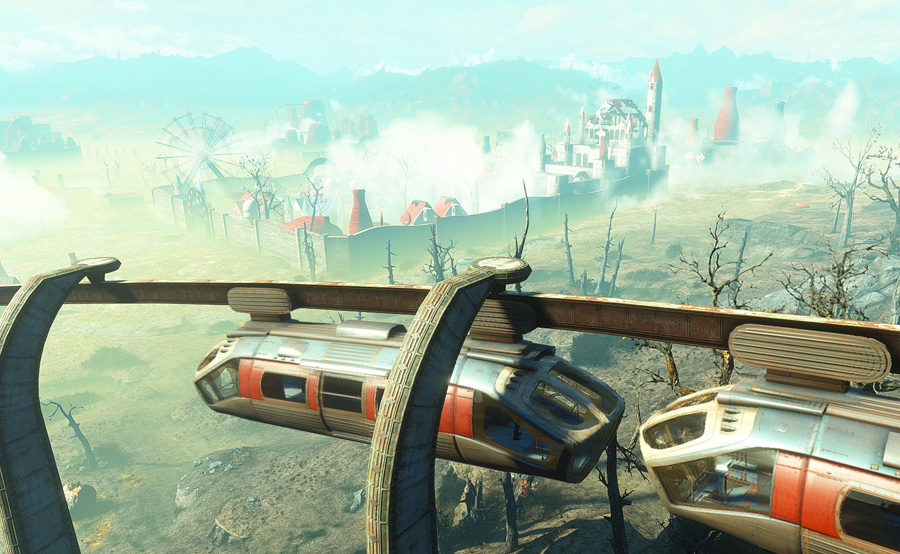 Why is it that the only reason to visit this place (aside from trying to extract your money's worth out of the new gameworld) a dodgy radio signal? There are heaps of simple reasons for the Sole Survivor to investigate Nuka World, the first two that come to mind are X-01 Power Armor schematics for the Brotherhood and the fact that raiders are the natural enemy of the Minutemen.

Why is it that the raiders of Nuka World are completely ignorant of the fact that the Sole Survivor is the most dangerous and persistent force in the Commonwealth? I mean at the required level for players to begin Nuka World, the player character has already developed enough proficiency to handle any creature in the Wasteland. Furthermore, why are three of the most organized and well equipped raider armies in the Commonwealth choosing to sit on their asses in a lousy fortress theme park having not expanded into the surrounded areas?

When Automatron DLC came out all our settlements where being harassed by stray robots or robo-raiders. Yet, with the Nuka World DLC there isn't a *single* instance of a diabetic gang of raider fashionistas threatening my farms. What better way to get the player involved than having them fast travel (or call in a vertibird if you're playing Survival Mode) to some remote settlement in order to kill a bunch of colorful losers?

The theme park itself is a great place to explore with rich scenery and fun level design. Aside from the raiders, most of the people you meet out there are interesting and they lead you through fun stories. The raiders just sit in their camps mouthing off at you while you singehandedly clear out each section of the park, only to bitch and moan even more when they aren't afforded a piece of the pie that they did nothing to earn. Tell me, if this is the chance for the player to play an evil character, why does the entire park turn hostile if you kill a single raider? Why can't I gun down the insolent little sh!t that keeps telling me I need to watch my back? I'd understand if I murdered a gang leader or lieutenant, but for f^cks sake!, there are fewer consequences for murdering low tier gang members in real life!

I can't help but feel that the only thing that Nuka World accomplishes when played as intended, is turning Preston Garvey into an even more insufferable character. Thanks, Todd! Even if Preston hates you for joining the raiders, he still lets you run the Minutemen (provided you didn't kill any Minutemen when taking over settlements) and still demands that you go out and help needy settlements.


This was my short Nuka World review. If you liked it or agree with some of my points, please consider sharing it with your friends.