"Come forth and drink the waters of the Glow..."
Man! Confessor Cromwell is so damn annoying in Fallout 3! Every time I see this guy I am looking for fun new ways to kill him, so I can have a little quiet time whenever I come back to visit Megaton. He just stands there like a moron and what pisses me off even more is the fact that Confessor Cromwell never dies from all that radiation he gets from standing in irradiated water all day long. Little known fact: NPC's are immune to radiation. So, what's this guy's story anyway?

Why does Cromwell worship the bomb in Megaton?

"Those who were called to Atom during the Great Division were very fortunate. They were permitted to aid in the process of Atom's creation. We seek the same, both in symbol and in fact and the "bomb", as you call it, represents Atom's capacity for creation. We kneel before it and ask that Atom call us to aid him. We pray that out of our meager bodies, he will create new life." 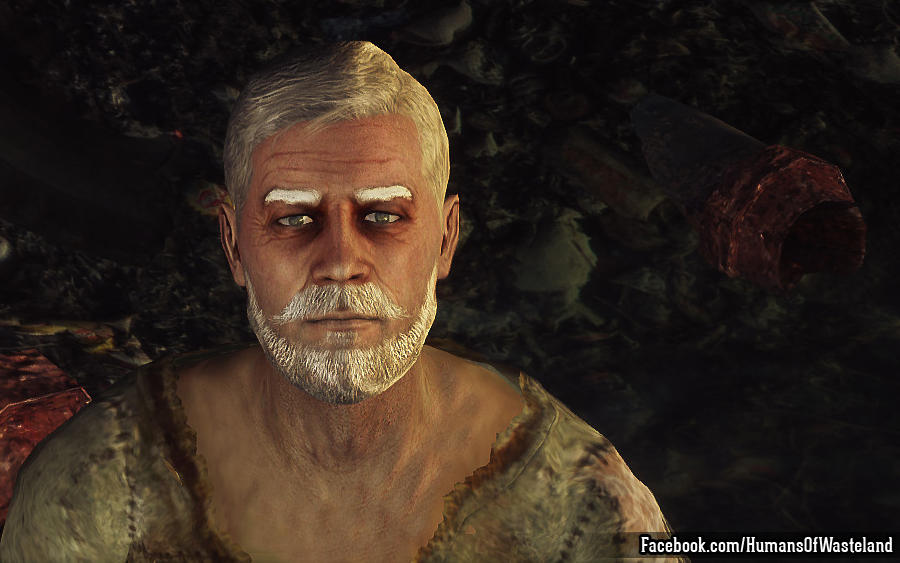 What's this Church of Atom he often speaks of?

"The Church of the Children of Atom is based on the idea that each single atomic mass in all of creation contains within it an entire universe. When that atomic mass is split, a single universe divides and becomes two -- thus signifying the single greatest act of Atom's creation. Occasionally, a divine event occurs and trillions upon trillions of new universes are created. The last such event took place here, 200 years ago. Where most of the lost children of Atom see that event as simple war and devastation, we see creation and unification in Atom's Glow."

You're kidding me, right? Unfortunately, Fallout 3 Confessor Cromwell is a true believer and can't be persuaded to change his mind about Atom with a simple speech check. So we are doomed to listen to his crap forever. Well... until we quicksnipe the bastard. Where's Boone when you need him?!

So how can Confessor Cromwell be "of use" to you? If you catch my drift... Well, you can pay the guy for some good karma. More caps, more karma, obviously. Or you can steal the key to the church and loot the 10mm pistol from his office. Pacifist my ass... Wanna get rid of Confessor Cromwell? I can help you with that! After you watch this video. It's fun, I promise. ;)

Here are a few things that you can do to kill Confessor Cromwell: use a Sniper Rifle from distance, reverse pick pocket a frag grenade, place lots of mines in front of his house at night (Cromwell is always the first NPC out in the morning). Here's the problem: townsfolk will turn hostile in mere seconds, no matter how you kill the bastard. What can you do? Leave Megaton and return after 3-4 days.

There might be a *faster* way. Just be sure to SAVE your game before attempting to kill him. Oh, you should do that anyway for all of the above. Some people reported snipping Cromwell from the balcony next to their houses. They then immediately went inside, slept for 6 hours, came out, and nobody attacked them. You could try that. Another method would be to use a Chinese stealth suit, kill him while crouched in stealth mode and go hide behind the houses for 1 minute. It could work...

That's it pretty much it: Fallout 3 Confessor Cromwell in a nutshell. And how to get rid of him for good. Yay, his suffering shall exist no longer, it shall be washed away! In Atom's glow. LoL! Anyway, enough crap for today, wastelanders! Stay tuned for more cool Fallout Facts.