How to Fix the Capital Wasteland

How to Fix the Wasteland in Fallout 3 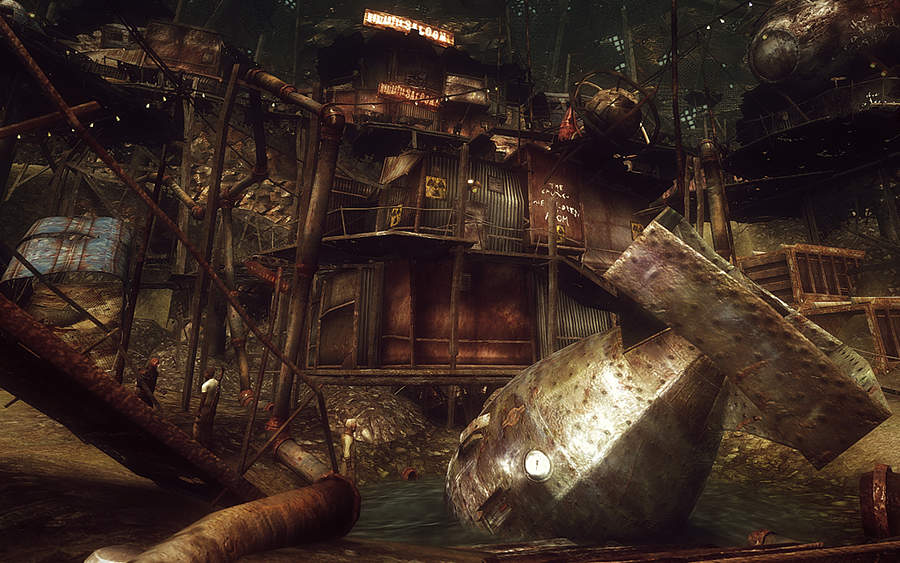 In order to fix the Capital Wasteland, we need to first address the issues that plague it:

Lack of Wasteland Unity
Presuming that I'm in some sort of position of power, it's safe to assume that I have a fair number of followers, most likely less than the Capital Wasteland's Brotherhood of Steel, so 200-300 men. Since I don't want to stretch my forces thin, the first thing I would do is start sending emissaries to only the major settlements: Megaton, Rivet City, Canterbury Commons, and the Citadel. This covers the southeast corner of the Capital Wasteland, but this is also the most dangerous. In the best-case scenario, these emissaries would work among these settlements and arrange trade routes among them. Megaton and Canterbury Commons would deal in scavenged scrap, Rivet City would convert that scrap into useful agricultural, military and communications technology, and the Citadel would provide extra men to escort these trade caravans, and scribes to assist Rivet City in technological advancement.

By this time, the Enclave would have showed up and taken control of Project Purity, which was started by Rivet City, but later abandoned. Send a team of emissaries to work with the Enclave (particularly the quasi-rogue Colonel Autumn and not the gen0cidal President Eden) and organize an alliance between long time enemies: the Enclave and the Brotherhood of Steel (easier said than done, I know, but this is best-case scenario).

Raider, slavers and super mutants
The “metro clearing” will be just the start before more Brotherhood and Enclave troops move into the city properly. Neighborhood by neighborhood, the troops clear out the super mutants and raiders by sheer overwhelming numbers and technology - a D.C. Scourge. When they move on to another neighborhood, they would leave a platoon of soldiers in the neighborhood to defend against other super mutants or raiders than might trickle in. After the eight neighborhoods are cleared, the full force of Enclave and Brotherhood troops sweeps through again one more time to ensure there aren't any stranglers.

After the D.C. neighborhoods are cleared, move onto The Mall and clear it of super mutants. Once D.C. is safe again, hopefully word would get out into the Capital Wasteland about “The Scourge” and tons of people would come to take up residence here. Now that the southeast Capital Wasteland is relatively safe, expand out from there over the years. If the super mutants don't have humans to continue building their ranks, it's only a matter of time before their numbers diminishes and they will disappear completely. 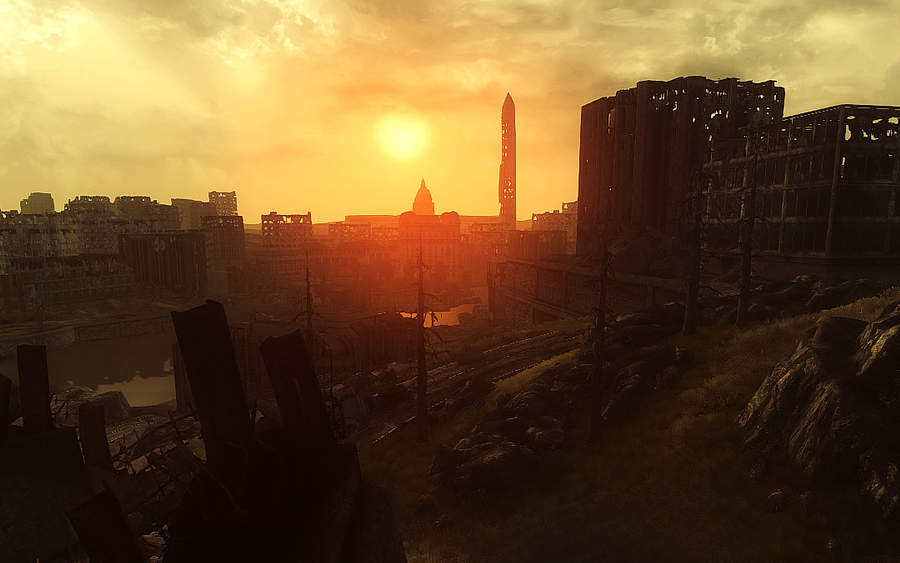 Lack of Universal, Clean Water
The Brotherhood, the Enclave and Rivet City would delegate a fraction of their scientists to make “Project Purity” to work and organize caravans with Canterbury Commons to distribute the water among the settlements mentioned above. Hopefully, word gets around that the southeastern Capital Wasteland is booming, in comparison with the rest of the wasteland, and wastelanders everywhere would build up the workforce, whether is in scavenging, manufacturing, or caravan protection.

Lack of Infrastructure
Through time, infrastructure would be developed to bring fresh water by pipelines instead of caravans and water flowing into the tidal basin would be used to generate hydroelectric energy for settlements (either into large batteries or power lines). Brotherhood and Enclave shock troops would be let loose into the metro tunnels to clear out any remaining feral ghouls, raiders or super mutant camps, to allow for unrestrained transportation throughout Washington, D.C.

So, that's it: How to Fix the Capital Wasteland in a nutshell. The Master wasn't wrong with his concept of Unity; it gets sh!t done. Enough for today, wastelanders! Stay tuned for more cool Fallout Facts.